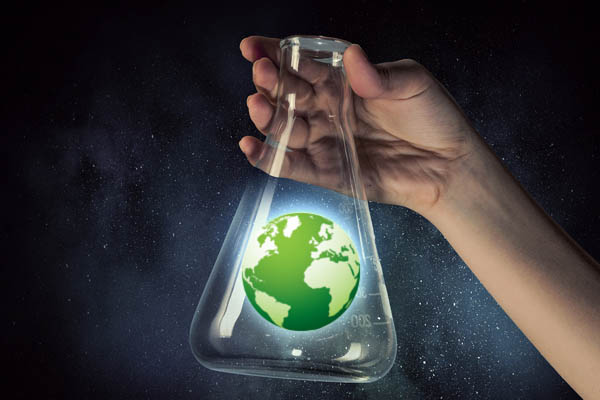 So far mostly applied in agriculture and medicine, synthetic biology could have substantial knock-on effects on conservation – including modified genes spreading to non-target species and affecting broader ecosystems. But, according to a new report Genetic Frontiers for Conservation it may also have benefits such as saving threatened species, reduced fertiliser use or diminished demand for products derived from threatened species.

The various uses of genetic engineering and synthetic biology are often viewed in a disconnected way and yet many of them have both direct and indirect impacts on the natural world. Because of this the issue of using such technologies for the purposes of species conservation directly intersects with the use of these technologies in farming and food production.

This new report, produced by International Union for Conservation of Nature (IUCN) attempts to lay out the pros and cons of approaching conservation from the genetic level.

“Humans are increasingly genetically reprogramming nature – whether we like it or not. The global conservation community must contribute to the responsible development of synthetic biology applications,” said IUCN Director General Inger Andersen. “This assessment report provides an important contribution to a balanced, fact-based debate around this important but controversial topic.”

Many of the proposed uses of synthetic biology have not yet been implemented, for example the potential use of engineered gene drive to limit the ability of malaria-spreading mosquitoes to transmit malaria. Indeed release of the drive mosquito was blocked in the US due to environmental concerns – though a live field trial in Burkina Faso is expected soon and in February of this year researchers began large-scale releases of the engineered insects, into a high-security laboratory in Terni, Italy.

A gene drive involves a gene being passed down with a higher probability than the usual 50%, and can be used to spread genes through wild populations. We don’t know the full extent of how gene drives could interact with the natural world.  An increasing number of scientists, however, are raising the alarm. Among them is Prof Kevin Esfelt of MIT, developer of the gene drive, who believes that early and irresponsible promotion of the technique means: “We are walking forwards blind. We are opening boxes without thinking about consequences. We are going to fall off the tightrope and lose the trust of the public.”

As the article, Deleting a Species, published in Pacific Standard goes on to say: “Not since Robert Oppenheimer has a scientist worked so hard against the proliferation of his own creation.”

Medical synthetic biology applications include engineering microbes to biosynthesise products normally sourced from threatened species, such as a medically valuable molecule found in the blood of horseshoe crabs.

The IUCN Red List of Threatened Species predicts declines of at least 30% in horseshoe crab populations over the next 40 years as demand for products derived from them grows. The synthetically produced alternative presents an opportunity to conserve these species and the shorebird populations that depend on them.

“As we watch synthetic biology gain momentum, we are seeing the boundary between the natural and the human-made begin to blur,” said Kent Redford, Chair of the IUCN Task Force on Synthetic Biology and lead editor of the report.

“Synthetic biology presents significant risks and opportunities for nature conservation. We hope that this report will help ensure that future uses of synthetic biology technologies are based on scientific evidence, broad and inclusive public engagement, and beneficial to both nature and humanity.”

For the most part this is a report that is very open to using synthetic biology as a conservation tool.

The report’s authors, for instance, assessed ways in which synthetic biology can potentially be applied in nature by – for example, rewriting genetic code to protect species from disease or climate change or using gene drives to eradicate invasive species from islands.

These applications are still under development, with the most developed application being that of transgenic American chestnut trees resistant to an invasive fungus that almost wiped them out, which are potentially ready for field trials.

Some synthetic biology applications, if appropriately designed and targeted, could give conservationists new tools with which to face the speed and scale of species decline, the authors concluded.

They recommended that the use of synthetic biology should be informed by case-by-case assessments of associated risks, guided by empirical evidence, and informed by traditional knowledge, religious and ethical values.

The authors also called for increased collaboration between conservationists and synthetic biologists in gathering the scientific evidence that will inform the deployment of these methods.

What is not clear yet is what will underpin those discussions, assessments and collaborations. What research will be included? What will be ignored? What values and goals will inform these decisions? What weight will be given to the concerns of different stakeholders? What does ‘informed consent’ mean for a technology that has multiple and unknown potential consequences?

These questions are becoming more urgent as the push to deregulate newer genetic engineering technologies such as gene-editing, synthetic biology and gene-drives gains ground. Australia and Japan, for example are in the process of deregulating gene-editing technologies.

The Genetic Frontiers for Conservation report is intended to inform a new IUCN policy on conservation and synthetic biology, which IUCN Members will vote on during the IUCN World Conservation Congress in June 2020.