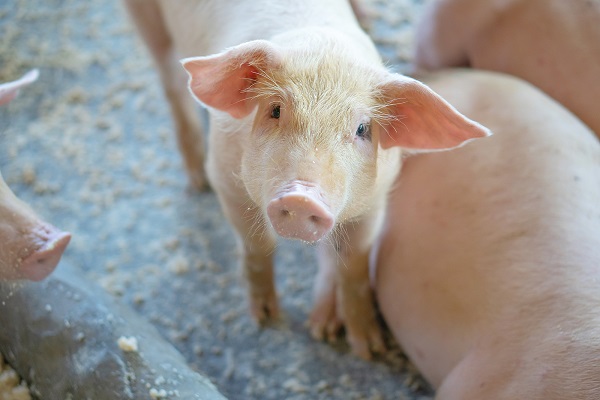 The UK’s Genetic Technologies (Precision Breeding) Bill will soon have its third reading in the House of Commons.

From the moment it was published, the bill has been mired in controversy, with criticism from scientists, policy experts and even the government’s own Regulatory Policy Committee about its scope, its lack of clear definitions, it sketchy benefits and, perhaps crucially, the narrow range of stakeholders consulted in its drafting.

The public consultation which took place in 2021 was, according to scientists from the University of Sussex, framed so as to “not allow for a robust scientific engagement.” To add insult to injury, Defra ignored the majority of public responses which were submitted.

It was a move that supports a deeply embedded narrative in the GMO debate – that the public are uninformed, disconnected and ultimately incapable of contributing to complex policy discussions. Best leave that to the “experts”.

A new report, Public dialogue on genome editing and farmed animals, produced by the Nuffield Council on Bioethics, the Biotechnology and Biological Sciences Research Council (BBSRC) and Sciencewise, challenges this notion. It shows that the public want, and are capable of participating in, a more informed and nuanced discourse.

The series of public dialogues that informed the report revealed that citizens had a wide range of questions about the technology itself and its place in a future food system, as well as the role of regulation in promoting societal good.

The questions raised by the dialogue go far beyond the narrow technical and scientific ones which so often frame the discussion, bringing in a full spectrum of social, environmental, animal welfare and economic concerns.

Citizen participants in the dialogue were not anti-technology. They saw benefits to gene editing in certain, specific, circumstances where the challenge was clearly defined and which benefitted animal welfare above human matters. However, they raised concerns about potential longer-term implications, including those on animals, farming and wider society. They were concerned about where allowing the unconstrained use of technology would lead – would it lock us in to a system of continued use, or open the door to wider uses of the technology? How can regulation be designed with safeguards in place against unintended consequences?

These are all valid concerns, and in many ways reflect public conversations about genetic modification which have been ongoing since the 1990s. But perhaps even more interesting is the disposition of this group of citizens towards a systems approach as a way to understand how this technology fits with broader aspirations for the future of food and farming.

Participants in the dialogue expressed a need for clarity on the government’s overarching plan for the future of the food and farming system. This would provide the context to understand how gene editing fits into that future and the purposes for which it would be used. They wanted to know who would benefit from the technology, raising concerns about the likely adoption of gene editing by large agribusinesses motivated solely by profit.

This demonstrates a far broader application of this research than just gene edited animals. It can certainly apply to other gene edited organisms, as well as other technological food system ‘fixes’.

Participants suggested that the technology must be assessed against a range of possible options, including agroecology, and high-tech solutions shouldn’t be automatically prioritised. For long-term change, greater care needs to be given to the cause of problems in the farming system rather than dealing with the symptoms.

The role of regulation

Strikingly, those involved in the dialogues agreed that regulation should be used to promote the public good, rather than just protect from the worst harm and leave the rest to market forces. They wanted the government to positively intervene to ensure that the food system works for citizens, animals and the environment.

There is precedent in regulation being used in this way. As outlined in our recent report, Voices From the Ground – Public Engagement in the Regulation of Agricultural Gene Editing, Norway’s GMO legislation adds an additional layer of assessment on top of classical risk assessment, which takes into account the ethical and social considerations of the technology. Applications to the Norwegian Biotech Advisory Board have to show not only that their products are safe, but also that they bring an additional value to society, the economy and the environment.

If the UK government aspires to be “world beating” in its GMO regulations it would do well to listen to these concerns and look seriously at the Norwegian model as a way to ensure that regulation benefits society.

The dialogues revealed a real appetite for public debate and scrutiny of this technology, as part of a wider conversation about the future of the food system. They saw this debate to be an important part of the checks and balances to control the use of the technology and make sure that it doesn’t just serve corporate interests.

As part of this desire to engage more actively with the food system, participants wanted labelling of gene edited products. This is not part of the UK’s Genetic Technology Bill in its current form.

The message from these dialogues is clear: the public want a broader conversation about the food system to help decide how technology like gene editing fits in to creating a system which better serves society.  The adoption of such technologies are never values-neutral. The public recognises this and wants the purposes and principles involved in the assessment of technologies such as gene editing to be explicit. It wants policy and regulation to be proactive in guiding the technology to socially desirable ends.

A Bigger Conversation Director Pat Thomas, who was a member of the Advisory Group for these dialogues, comments, “The authors of this report went to great lengths to give the public a voice and to keep faith with what they found, even if it challenged accepted wisdom about who gets to have a say in the development and regulation of gene edited farm animals. It makes a refreshing change from the kind of spin that has become all too familiar when, for instance, government attempts to ‘consult’ the public – and finds out some things it did not want to hear.”

She adds that the findings of the report, although geared towards animals, are applicable across the spectrum of uses for gene editing in the food system and indeed reflect the kinds of concerns citizens have about the technology whatever its application.

It is clear that the government needs to radically rethink the gene editing bill and that the way the process has unfolded provokes important questions about the important role of well-designed public engagement as a way to ensure that policy genuinely serves society.

As noted by the expert panel in our recent webinar on the benefits and challenges of public engagement, involving citizen perspectives is not a panacea and it isn’t always easy. Approaching the governance of science and technology as an ethical and communal task requires a rebalancing of power and a redefinition of concepts such as “evidence” and “expertise” as well as a willingness on the part of government and research institutions to change a long-held mind-set.

In the UK democratic process is in the spotlight. Prime Minister Liz Truss’ bold accusation that anyone who disagrees with government policy is part of an “anti-growth coalition”, laid bare the reason why, at this moment, civil society and other groups whose job it is to hold government to account, are making so little headway in their own dialogues with policymakers and regulators.

At this critical juncture of policy and regulatory development, the findings of these dialogues are particularly profound. Citizens have an intelligent and thoughtful contribution to make and it’s time for government to listen.