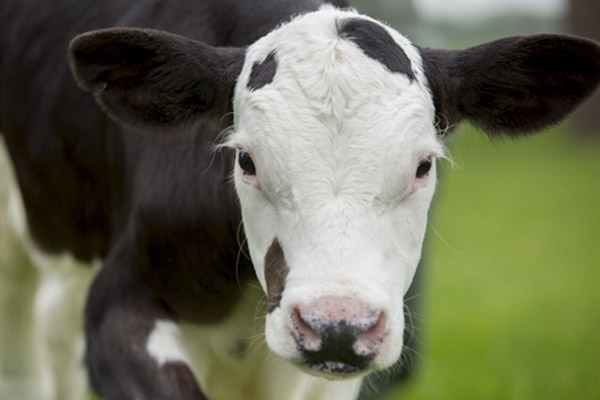 Gene-editing is seen by many as the ultimate in precision breeding.

Polled cattle, whose horns have been genetically removed, have been presented as exemplars of this–a socially beneficial use of precise genome engineering. Such hornless cattle were produced in 2016 by Recombinetics, Inc., of St. Paul, Minnesota, a development that was reported in the journal Nature Biotechnology (Carlson et al, 2016).

In that publication, Recombinetics researchers reported detecting no unexpected alterations, such as insertions or deletions of DNA, as a result of the gene-editing procedure. They concluded “our animals are free of off-target events” (Carlson et al, 2016).

The Carlson claim, along with other assertions of precision, have comprised the major ingredient of a larger global argument, led by the biotech sector, in favour of light (or no) oversight of animals and plants produced through gene-editing.

Thus, in a commentary titled ‘Regulate genome-edited products, not genome editing itself’ which accompanied the Carlson publication, academic researchers led by Dana Carroll, some of whom are associated with Recombinetics, stated:

“Any mutations leading to obviously deleterious phenotypes would be eliminated from breeding programs. Other hypothetical risks, such as a modified protein that turned out to be allergenic to humans, might equally well arise naturally in the absence of human intervention. The effects of genome editing are largely identical to those of the natural processes that continually create variation in the genomes of food animals. From this point of view, it is hard to see why the process of genome editing to introduce defined genetic changes should be regulated” (Carroll et al., 2016)

But, in a paper just published online (July 28th, 2019), Food and Drug Administration (FDA) researchers re-examined the DNA of the genetically dehorned calves, whose genome sequences had been posted online by Recombinetics (Norris et al., 2019). In fact, the two calves’ genomes did contain unintended DNA alterations.

[The new FDA research is posted on the bioxriv server as a preprint here].

The presence of the previously undetected antibiotic resistance genes in gene-edited cattle raises issues of biosafety given that there is a strong global push to limit the spread of genes conferring antibiotic resistance. This is because every cell of the gene-edited cattle with the polled locus will also contain the resistance genes, allowing them to easily be transferred to bacteria.

The FDA researchers’ discovery of bacterial DNA in the genome of the calves raises more general regulatory questions about gene-editing too, beyond a lack of precision.

The unexpected DNA sequences detected by the FDA researchers originate from the plasmid (a DNA carrier) used by Recombinetics to introduce the polled DNA sequence. As the commentators themselves, arguing for regulatory exemption, proposed in 2016:

“Given that the United States has no specific legislation regulating animal breeding, there would appear to be no authority for the FDA to regulate varieties that carry naturally occurring alleles produced using genome editing”. (Carroll et al., 2016)

But what the new FDA finding demonstrates is that the Recombinetics gene-edited cattle do contain DNA unnatural to cattle, despite the claims of their developers to the contrary. Thus FDA does have the authority to regulate.

Other researchers have in the past called on genetic engineers to rigorously exclude potential contaminating DNA, such as unwanted bacterial plasmid DNA, as part of standard experimental procedures (Wilson et al., 2006). This, Recombinetics apparently failed to do.

FDA’s demonstration that gene-editing techniques can, unbeknownst to the developer, introduce foreign DNA is likely to be seen as a significant blow to the no-regulation argument. It is also a powerful vindication of the EU approach, which is to regulate gene-edited organisms as GMOs.

Gene Editing – Blurring the Lines Between Nature and Technology

This session explores whether we are changing the definition of nature to accommodate a technological agenda, the potential impacts of viewing food as software, the regulatory challenges of blurring the lines between natural and technological/artificial, and offers a legal perspective on patents and GMO claims of ‘close to nature’.