Your Thoughts on… Precaution and Innovation 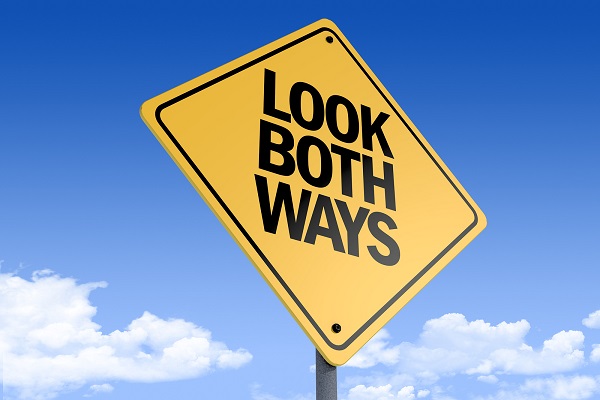 In our A Bigger Conversation meetings we often encounter questions and concepts related to genome editing in food and farming that are worth exploring further. The intersection of precaution and innovation is one such issue. As the EU and UK consider replacing the Precautionary Principle with an ‘Innovation Principle’ we opened a poll on whether the two concepts were incompatible.

Here’s what respondents have had to say so far:

“Precaution does by no means need to block innovation. Precaution means that you think before you act – look left and right before crossing the street. It is not to refrain from crossing the street because there may be a dangerous car. So precaution as a concept that you only act when something is proven safe is in my view a fundamentally wrong definition of precaution which does indeed lead to incompatibility.”

“Agro-ecological innovation, certainly where it is based on organic systems which are legally defined and uphold precautionary measures and innovative practice, would be a good example of where the two concepts work together.”

“Precaution and innovation are parts of the same whole. In truth, innovation is often inspired by the limits and boundaries, which precaution illuminates – or newly-reveals. Precautionary trial and error can reveal not only hidden limits, but hidden truths. Innovation, which ignores those truths can prove destructive, whereas innovation which is inspired by them is likely to be constructive.”

“I think COVID-19 is showing multiple ways in which things complement when it comes to the food sector. It is critical to have a secure food chain and being at risk of disease is a critical error. Having extra tools to secure the food chain is an excellent precaution.”

“A lot of innovation is about breaking or moving past perceived limits. We see this concept a lot particularly with so-called ‘disruptive technologies’ (of which genome editing is one) which promise endless benefits from breaking free of old ways of doing things. Risks, and how a particular innovation might connect, for good or ill, to the wider system in which it is supposed to function are not at the heart of innovation. The Precautionary Principal, in contrast, looks at risks, not just those that be quantified but those that cannot, and mandates that if there is risk that is a line we should not cross. Ultimately the two balance each other out.”

“The European Environment Agency showed through their report “Late Lessons from Early Warnings”, that many of the costs and damages of things such as DDT and PCBs would have been avoided if the Precautionary Principle had been applied. When will we learn?”

The European Commission’s approach to the Precautionary Principle, which was made clear in 2000 and has not changed since then, makes it clear that: “the precautionary principle is neither a politicisation of science or the acceptance of zero-risk but that it provides a basis for action when science is unable to give a clear answer.” You can read more about that here. The EU approach also provides that: “Measures should be periodically reviewed in the light of scientific progress, and amended as necessary.”