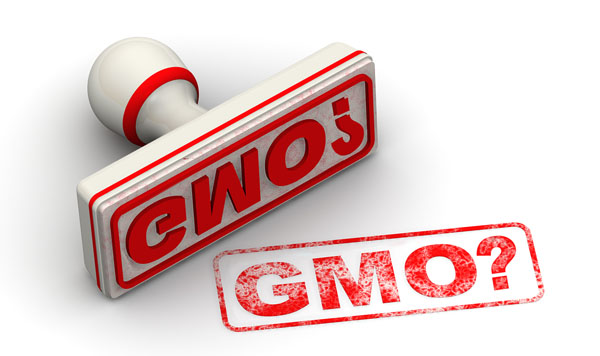 In May, federal regulators finalised a new biotechnology policy that will bring sweeping changes to the U.S. food system.

Dubbed “SECURE,” the rule revises U.S. Department of Agriculture regulations over genetically engineered plants, automatically exempting many gene-edited crops from government oversight. Companies and labs will be allowed to “self-determine” whether or not a crop should undergo regulatory review or environmental risk assessment.

But the gene-editing tool CRISPR was supposed to break the impasse in old GM wars by making biotechnology more widely affordable, accessible and thus democratic.

In my research, I study how biotechnology affects transitions to sustainable food systems. It’s clear that since 2012 the swelling R&D pipeline of gene-edited grains, fruits and vegetables, fish and livestock has forced U.S. agencies to respond to the so-called CRISPR revolution.

Yet this rule change has a number of people in the food and scientific communities concerned. To me, it reflects the lack of accountability and trust between the public and government agencies setting policies.

Why a new rule now?

The USDA Animal and Plant Health Inspection Service, or APHIS, serves as the dominant U.S. regulator for plant health. Since the mid-1990s, genetically modified crops have typically fallen under APHIS oversight because Agrobacterium, a plant pest, is commonly used as a tool to engineer GM products. Using a “plant pest” did not prevent many GM crops from being approved. But it did mean that if APHIS suspected a plant pest or noxious weed had been created through genetic engineering, the agency would regulate the biotech product, “including its release into the environment, and its import, handling, and interstate movement.”

Changes to APHIS regulations began during the Obama administration. In January 2017, the agency released new draft rules. However, the Trump administration withdrew these nine months later after pushback from industry and biotech developers which argued that the rules would stifle innovation.

Last summer, USDA released a revised rule for public comment, which it finalized on May 18, 2020. Most changes go into effect in April 2021.

What is in the new rule?

Hints to how USDA intended to treat gene-edited crops came early on, when Penn State’s nonbrowning mushrooms and DuPont’s waxy corn were approved by APHIS in 2015 and 2016, respectively.

Then in March 2018, USDA Secretary Perdue clarified the agency’s stance. “USDA does not currently regulate, or have any plans to regulate, plants that could otherwise have been developed through traditional breeding techniques as long as they are developed without the use of a plant pest as the donor or vector and they are not themselves plant pests.”

The new SECURE rule establishes several ways for developers to qualify for deregulated status. Included are CRISPR modifications like deletions of sections of the genetic code, tiny substitutions, and introductions of DNA from related species. So, for example, a CRISPR’d cauliflower would not be regulated if a chunk of DNA was deleted. But it would still be regulated if CRISPR introduced foreign DNA into cauliflower in a way that USDA believes could turn the product into a plant pest.

Another significant change is that companies and scientists will get to decide for themselves if a new product qualifies for exemption from oversight. APHIS says that developers may consult regulators if at any point they aren’t sure if a new crop is exempt. However, the agency has already expressed confidence that only about 1% of plants might not qualify for an exemption or for deregulation after an initial review.

Backlash from both sides

Ironically, this policy has begun aligning communities typically at loggerheads in the polarized GM conversation. For example, the UC-based Innovative Genomics Institute, founded by CRISPR co-inventor Jennifer Doudna, wrote in its public comments to APHIS: “While we recognize the agency’s rationale behind self-determination and desire to provide regulatory relief in order to spur innovation, we are concerned that rather than stimulating innovation, such an undisclosed step may have the effect of dampening trust through the loss of transparency in the development and oversight process.”

Meanwhile, GM-watchdog organizations including the National Family Farmers Coalition, Pesticide Action Network and Friends of the Earth issued a joint press statement criticizing a rule that allows industry to self-determine its regulatory status. The new framework, they said, has dealt a “devastating blow to the security of farmers’ livelihoods, the health of their farms and communities, and their ability to build the biodiverse, climate-resilient, and economically robust farming systems that we so urgently need.”

My research on democratizing biotechnology has helped me unpack the problematic ways in which “democracy” is being hitched to technological innovation. When it comes to CRISPR, the public has been told that being cheap, easy to use and “free from regulation” is a powerful cocktail that makes gene editing intrinsically more democratic.

Like many convenient narratives, there are certain truths to this story. But just as clearly, cheapness is not equivalent to democratic. According to USDA, some 6,150 comments were received on the draft rule during the three-month public feedback period, a window designed to give citizens a say in government policy.

The agency admitted that most letters expressed general opposition to GE products. Of the comments that specifically addressed provisions of the rule, “approximately 25 expressed some support for the rule.” This means a vast majority of the comments did not. Yet, the USDA disregarded this feedback. Such a lack of civic input can lead to environmental and health concerns being sidelined.

Is there a better way?

Thoughtful scientists, social movements and governments are now asking if there is an alternative way to regulate engineered food. For example, the Norwegian Biotechnology Advisory Board has set out an ethics-based regulatory framework aimed at advancing genetic technology, while protecting community and environmental health and promoting societal welfare.

In the academic sphere, colleagues in Europe have proposed a framework for “responsible innovation.” I have developed a set of principles and practices for governing CRISPR based on dialogue with front-line communities who are most affected by the technologies others usher in. Communities don’t just have to adopt or refuse technology – they can co-create it.

One way to move forward in the U.S. is to take advantage of common ground between sustainable agriculture movements and CRISPR scientists. The struggle over USDA rules suggests that few outside of industry believe self-regulation is fair, wise or scientific.

At present, companies don’t even have to notify the USDA of biotech crops they will commercialize. The result, as Greg Jaffe of the Center for Science in the Public Interest told Science, is that “government regulators and the public will have no idea what products will enter the market.” “Farmers and everyone else will pay the price,”said Jim Goodman, dairy farmer and board president of the National Family Farm Coalition.

Reclaiming a baseline of accountability, then, is the first step in building public confidence in regulatory systems that work for people as well as science that the public believes in.

Gene Editing – Blurring the Lines Between Nature and Technology

This session explores whether we are changing the definition of nature to accommodate a technological agenda, the potential impacts of viewing food as software, the regulatory challenges of blurring the lines between natural and technological/artificial, and offers a legal perspective on patents and GMO claims of ‘close to nature’.