Opinion: Science denialism is dangerous. But so is science imperialism. 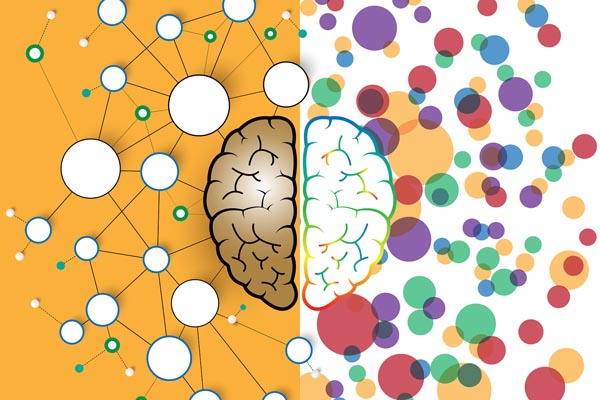 “Your scientists were so preoccupied with whether or not they could, they didn’t stop to think if they should.” – Jeff Goldblum as Ian Malcom in “Jurassic Park.”

With the extreme politicization of major issues like climate change, vaccines and the teaching of evolution in schools, scientists (including myself) are clamoring to learn more about how people receive and respond to scientific information. Our ostensible goal is to ensure that important decisions, whether made in our homes or halls of government, are informed by the best available science. However, it is essential that we learn to recognize the kinds of questions that science can, and cannot, answer.

In this struggle to ensure that science is not pushed out from its well-earned place in our polity by those with political or economic motivations to do so, there is a risk of coming on too strong. Indeed, some scientists and science advocates are responding to those who question or deny scientific advice with what can only be described as a haughty imperialism that embodies a mistaken assumption that social problems can or should be solved by science alone.

A growing cohort of science celebrities, such as astrophysicist Neil deGrasse Tyson, prolific science communicator Bill Nye and climatologist Michael Mann, have mobilized in defense of science, leveraging their reputations to weigh in on many of the world’s trickiest policy debates. Tyson, for example, narrated the controversial genetically modified organism (GMO) advocacy film Food Evolution. He also argued that Earth needs a “Rationalia”: a society where policy is based solely on “the weight of evidence.”

It is not just high-profile figures who are rightly arguing for a more science-based approach to decision making. “Thinking like a scientist” and “evidence-based” decision making are frequently discussed in academic circles, and “knowledge mobilization” has emerged as a required component of research grants. The implication is that scientists have a mandate to figure out how to mobilize the knowledge that their research generates, in people’s behaviors and societies’ policy-making processes.

Robust — But Not Perfect

Knowledge mobilization is no doubt an essential social responsibility. Still, the many challenges that face our societies involve questions that science and scientists, alone, cannot answer. Western science — by which I refer to the observation- and hypothesis-based practices for generating knowledge about the world, as well as the societal edifices (e.g., universities) that enable and promote this endeavor — is a robust institution. It is efficient and reliable, and it plays important roles in society. But it is not perfect; science can be wrong or incomplete, and it is far more influenced by social circumstances and cultural myths than many of those within the walls of academia wish to admit. It is also frequently racist, sexist and colonial (see also here). Science is just one of many useful, but necessarily imperfect, ways of seeing the world, one that misses at least as much as it reveals.

Consider the issue of GMOs. Both Nye and Tyson, neither of whom is a plant biologist or medical researcher, put their names behind the notion that there is a consensus on their safety.

There is indeed a strong body of evidence that certain existing GMO foods are safe. But the scientific consensus on the safety of GMOs is exaggerated. There arguably can’t ever be such a consensus, because the GMO category is so broad with respect to the many kinds of technologies that it encompasses. Sharing broad decrees on the safety of GMOs, which at best is a weak inference based on existing science, is reckless. What’s more, it also ignores an extensive body of social science research on the negative societal impacts of GMOs, including for farmers’ security and sovereignty.

If we want to build a thriving society that makes the most of science, then questions about power, inequity and values, which often barely make the list of research priorities, need to be elevated.

All science- and technology-based solutions are necessarily embedded within social and political contexts. We need to be open to asking many questions: How will this policy or technology change how people relate with the natural world? With each other? Will it change how power is distributed? Will it influence who wins and who loses? Will it disrupt or replace inequitable aspects of society, such as racism, sexism and poverty, or will it reinforce and reproduce the systems by which a few people come to be the “haves” and the rest become the “have nots”? Finally, whose perspectives and knowledges ought to be involved in these discussions?

The final question reflects the importance of bringing multiple ways of knowing into decision making. Indigenous ways of knowing, fisher and farmer knowledge, and religion and spirituality all offer important, yet diverse, views, values and information. Just as it is with western science, each of these bears its own set of caveats, preconditions and biases. Rather than reinforcing a false dichotomy of right and wrong, rational and irrational, scientific and nonscientific, we could pursue productive social dialogues where biases and motivations are not shrouded within claims of authority, but instead are made explicit. Rather than force people to take sides, among GMO or organic, for instance, we could focus instead on the shared goal — food security — and seek new solutions through a radical remixing of the best pieces found in multiple perspectives and technologies.

I want to be clear: Western science must be a central component of how we make decisions and social policies for a sustainable and just future. A mountain of evidence shows that climate change is real, caused by humans and an existential threat. We should act accordingly. Likewise, the evidence is clear that vaccines are safe. Again, we should act accordingly.

Still, it is essential to have inclusive and earnest social deliberations about how to best address climate change, and whether to adopt specific technologies for medicine, food production or anything else.

It is also essential that these conversations consider how these technologies affect people’s lives, rights and values.

And it is essential that scientists be a bit humbler about how much we can, and should, lean on the best available science for making difficult societal decisions.