Genetic technologies: safety and risk correlate with scale, not naturalness 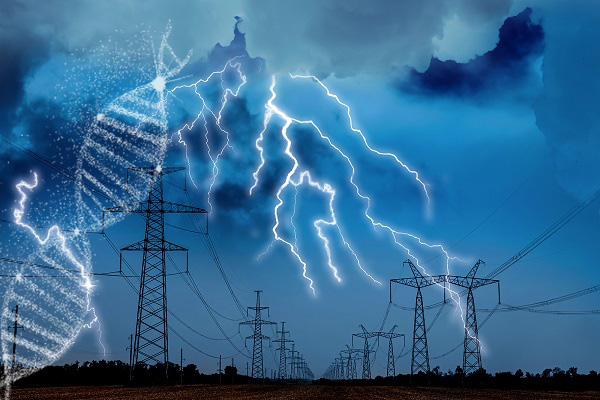 Electricity is natural. It occurs in nature, but imagine your frustration if you had no alternative but to wait in hope of lightning charging the battery in your electric bike. The “randomness” of strikes and the ability to attract them to your bicycle would make such vehicles nearly impractical to own.

This is the kind of framing that fuels conflict and creates distractions in the discussion about genetic engineering, including the newly commercialised techniques of genome editing and gene silencing.

There are elements of these techniques that are similar to things that happen spontaneously, that is, without human intervention. Increasingly this has led to the use of ‘nature’ and ‘naturalness’ metaphors to describe these techniques. But what makes them a technology is that they can be scaled up and focused on demand, by us. That property is fundamentally not like phenomena that are “natural”.

Genetics is the science of heritability. The first practical applications of genetics were restricted to observing a spontaneous mutant. Astute observers preserved desirable traits that resulted from mutation leading to new breeds of crops and livestock. This does take time, and is a method that gears proportionately to the number of people who are involved in breeding activity.

Tools that increased the rate of mutation, such as radiation and chemical mutagens, produced more potential new traits per unit of time. Chemical and radiation mutagenesis significantly industrialised the breeding process by changing the gear ratio. These tools increased the rate at which humans could intervene in the genetics of organisms while reducing the number of people needed to develop new breeds.

To get the same gear advantage, you could buy a thousand electric bicycles and increase by a thousand-fold the chance of a lightning strike allowing you to use one. In contrast, using modern infrastructure, the same electrical energy that you find in an atmospheric discharge can be created and precisely channeled on demand into your bicycle. This allows you to repeatedly charge it at your convenience.

Each increment in developing gene technology has improved the gear ratio, increasing the efficiency of generating the intended change in an organism’s genome. In the same way that changes in properties such as precision, directedness, and access to the electrical infrastructure lead to efficiency gains for using electricity, advances in gene technology are achieved by discovering biochemical tools that are better at directing the reactions that lead to mutations to DNA sequences that the developer wants to change.

Do these same properties that increase the scale of application – by improving the efficiency of generating desired changes and/or by decreasing costs and increasing the number of people who can tinker with genomes – increase safety? Unfortunately, no.

Furthermore, despite the electricity I have entering my home being far more controllable and precise than lightning, I am far more likely to die of electrocution or an electrical fire caused by an electrical fault than I am from a lightning strike. Why? The increments in safety achieved by insulating wires and training specialist electricians accumulates less of a protective effect than rate of the growth of hazard and exposure.

The latest tools, genome editing and gene silencing, are introduced into a very different world than the gene technology tools dominated by those with expensive laboratories and highly trained personnel.

The materials needed for just about anyone to do some genetic tinkering in their garages are available over the internet and organisms developed using them can be released anywhere and in potentially large numbers. Today humans can both cause genetic changes – intended or unintended ones – much easier and without many of the limitations that have contributed so far toward preventing the release of organisms that could cause unanticipated harm to human health or the environment.

Gene technology increases industrial efficiency and ability to amplify up production, but does not scale up safety with increased use.

In our new paper, we describe this defining characteristic as the raison d’être for regulating gene technology. Some technologies increase safety as fast or even faster than they increase hazard. Seat belts and vaccines are examples of such technologies. Gene technology isn’t.

As you increase the number of practitioners, and the number of species that can be manipulated and kinds of genes that can be targeted and the rate at which multiple changes can be made in an individual, the sum of unintended and potentially adverse changes increases at an exponential rate.

Decreasing so-called off-target effects, those that happen at genes that the developer is not trying to change, can also happen. However, the number of unintended and potentially adverse changes reduce at a much slower, linear rate.

Existing regulations on gene technology generally exempt classical breeding and often, but not always, even chemical and radiation methods. For a variety of reasons the rate at which unintended harmful effects can be mass produced and released by those methods is much, much slower. The gearing achievable with the tools of editing and silencing will always overwhelm tinkered gains in reduced numbers of unintended changes to genes.

Of course bad things can come from spontaneous mutations and from those induced by radiation and chemical agents. In a perfect world with unlimited regulatory capacity, these too could be further regulated. For now, though, it is reasonable to draw a line between them and the kinds of molecular tools for gene manipulation that are called genetic engineering, genome editing and gene silencing.

Society has no guarantee that unregulated products will be safe. Regulation may be no guarantee either, especially as some regulators can also have deficits in their understanding of the biochemistry of these techniques. But that problem is not solved by deregulation.  Developers too should have an interest in reducing the reputational damage that will come from poor products of gene technology.

I think it is at best unhelpful, and at worst mischievous, for my fellow gene technologists to be muddying the risk and governance discussion using murky metaphors of “naturalness” to describe the mainly industrial properties of gene technology and to imply safety.

Nature is not a metaphor for safety and not an excuse to deregulate a technology that can be used unsafely.