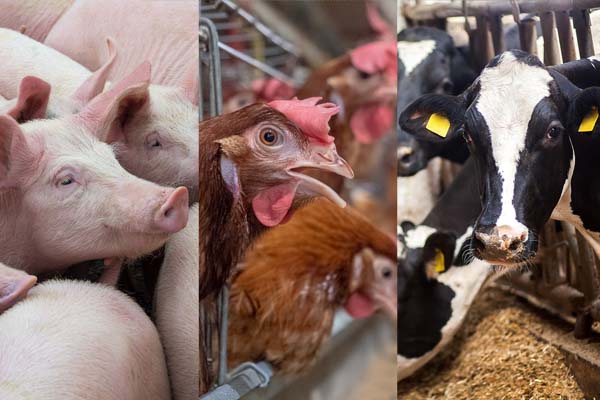 A Bigger Conversation and Compassion in World Farming today release a comprehensive report on gene-edited animals.

The report, a summary of a roundtable convened by the two organisations in June 2019, reveals the nuance of the subject and in doing so shows that the media debate on this topic largely fails to do it justice.

The day-long roundtable brought together animal biotechnology scientists, ethicists, veterinarians, academics, faith groups, policy makers and others gather together to explore in greater depth a range of issues around gene-edited animals in agriculture.

These included including whether there is a need for such animals, what the welfare, ethical and philosophical issues around this technology are, what the alternatives to gene editing are and also how we assess risk and monitor outcomes pre- and post-marketing.

While gene editing in humans has attracted a great deal of media, and therefore public, attention around both the science involved as well as ethical issues, gene-editing of animals, especially those intended for the human food chain, have yet to become a topic of widespread public or consumer interest.

According to Dr Nick Palmer, Head of Compassion in World Farming UK, “This roundtable was a very useful discussion of a subject that everyone is vaguely aware of but not many have really put into clear focus.”

Indeed, more often than not, current discussions about gene-edited animals can be quite narrow, centring-on claims made about what the technology can achieve and, as a result, what can be done to remove regulatory restrictions and hasten these products to the market.

As this report shows, the issues around gene-edited animals are much more layered and nuanced and far from being a settled issue, it is a discussion that has only just begun and one which is evolving rapidly.

Pat Thomas, Director of Beyond GM, who also chaired the meeting,
noted that for those new to the subject the report provides a readable but substantial entree into its complexities.

“Allowing the report to follow the conversation as it unfolded gives tremendous insight into the complexities of the subject. But it also reveals a willingness amongst the participants to try and communicate, even when they disagreed. While there were areas where there was not much agreement, there were some themes around which the group coalesced. These can be built on in future work.”

The two organisations have plans to continue their collaboration on this subject. Plans are in motion for an EU level meeting on this topic in 2020 and they are also looking to convene a more policy-focussed discussion in the UK in the near future.

The report can be downloaded here. Readers are welcome to comment on the A Bigger Conversation Facebook page.