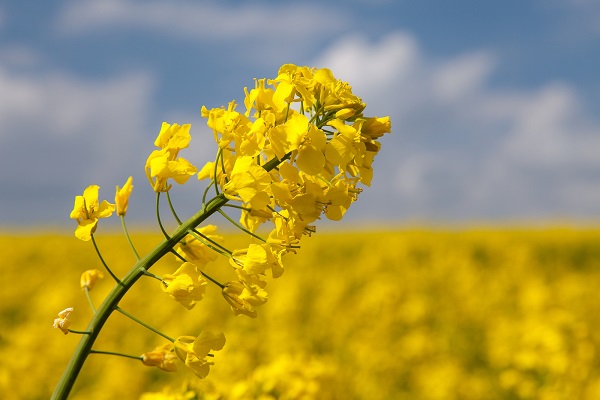 In September of this year, the first-ever public detection method for a gene-edited crop was announced.

The new method detects a herbicide-tolerant (SU) rapeseed variety that was developed using gene editing, a new form of genetic engineering. It allows European Union (EU) countries to carry out checks to prevent this unauthorised GM crop from entering EU food and feed supply chains illegally. Until now, EU countries were unable to test their imports for the presence of this GM rapeseed, which is grown in parts of the US and Canada.

It also allows food companies, retailers, certification bodies and national food safety inspectors to verify that products do not contain this GM rapeseed.

The new research refutes claims by the biotech industry and some regulators that new genetically modified (GM) crops engineered with gene editing are indistinguishable from similar, non-GM crops and therefore cannot be regulated.

Predictably, the announcement of the test has produced a lot of conflicting chatter. One of the clearest explanations we have seen so far comes from our colleagues in Norway, at GenØk, whose work focuses on the safe use of biotechnologies.

“Biotechnology companies and pro-biotech researchers have claimed, among other things, that gene-edited organisms cannot be detected and therefore should not be regulated as genetically modified organisms. On the contrary, the European Court of Justice decided that such organisms are produced by new biotechnologies that do not have a history of safe use in the environment and as human and animal food. The risks associated with them might be similar to those posed by GMOs and therefore, they should undergo safety scrutiny from competent authorities. Such regulations also require product labelling.

“After the publication of the paper, The German Federal Office of Consumer Protection and Food Safety (BVL) published a statement saying that the method developed by the researchers for the gene-edited oilseed rape is robust but cannot identify that the oilseed rape variety was genetically modified using a gene-editing technique and therefore doesn’t meet EU requirements for GMO detection methods. However, this statement conflicts with the wording of the EU GMO laws and regulations.

“The BVL then refers to two Canadian regulatory documents, one from  the Canadian Health Authority, which clearly states that gene editing was a step in the process of developing the SU canola.

“The second Canadian document has no reference to gene editing but claims that the alteration in the Cibus canola varieties targeted by the new method was the result of a random mutagenesis method, somaclonal variation. However, the document cited was altered only a few weeks ago to remove reference to gene-editing. It would appear that there has been an effort to re-write history regarding the Cibus canola.

“The result has been widespread confusion for regulators, farmers and consumers. Contradictory information about this gene-edited oilseed rape variety has been published by different authorities around the globe and by the company itself. To our surprise, the entire controversy comes down to one line in the Canadian Authority report:

“‘The petitioner hypothesized that the single nucleotide mutation was the result of a spontaneous somaclonal variation that occurred during the tissue culture process, and not due to the specific oligonucleotide used in the RTDS [gene editing] protocol.’

“That is, the company was not sure whether the gene editing had even worked or whether the mutation was the result of an accidental random mutation during the gene-editing process.”

This, Agapito argues, is a prime example of why organisms developed through these new biotechnologies need to be regulated and subjected to requirements for minimum information by competent safety authorities worldwide.

Regulation is often framed only in terms of what it restricts. But testing, she argues, creates transparency not just for consumers who wish to know where their food cam from, but for countries that wish to know whether the product has entered their borders unauthorised, for farmers who need to know if they can spray herbicides on the rapeseed that they plant, and for those who want to feel confident that new agricultural advances are supporting necessary change and not simply the maintaining the status quo.

The full article can be accessed here.