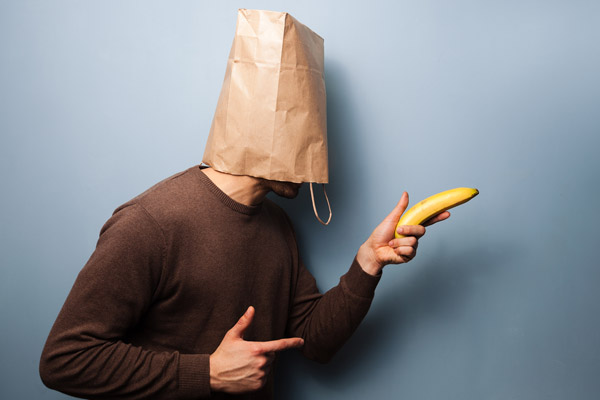 A paper has been published in the journal Nature Human Behaviour that seems to confirm the low opinion that agbiotech boosters have of their critics.

Its title sets out its stall: Extreme opponents of genetically modified foods know the least but think they know the most.

The paper, the lead author of which is Philip Fernbach of the Leeds School of Business at the University of Colorado, reports the results of an online survey on public attitudes to GM foods. As part of the survey, people were also asked science questions that enabled the researchers to grade their knowledge of science and genetics.

The survey also asked the respondents to self-assess the extent of their knowledge of GM foods. The researchers claim the results show that “As extremity of opposition to and concern about genetically modified foods increases, objective knowledge about science and genetics decreases, but perceived understanding of genetically modified foods increases. Extreme opponents know the least, but think they know the most.”

The article is contentious from the get-go, stating “There is widespread agreement among scientists that genetically modified foods are safe to consume and have the potential to provide substantial benefits to humankind.” Yet the pioneering GM food scientist Dr Belinda Martineau has described such blanket claims about GM food safety as without merit. She points out, “It is not possible to ascertain whether all products – past, present and future – developed using a technology, any technology, are safe. And to make such a general claim is not scientific; it is absurd.”

And it’s not just the paper’s absurd premise that is suspect. Dr Tom Wakeford, who combines knowledge of the biosciences with social science expertise in public engagement on science and technology, told us he was surprised that a paper with such obvious flaws had got through a process of academic peer review.

He pointed to three key flaws in its approach:

Yet despite its flaws, the paper has been widely reported. The Guardian’s Ian Sample, for instance, quotes lead author Philip Fernbach as saying, “This [ignorance about GMOs] is part and parcel of the psychology of extremism. To maintain these strong counter-scientific consensus views, you kind of have to have a lack of knowledge.”

Both the survey and the media articles are based on the long-discredited “deficit model”, which attributes public skepticism or hostility to the products of science and technology to a lack of understanding, resulting from a deficit or lack of information. The assumption behind this model is that if the correct information is provided to the public, any scepticism will disappear.

However, this assumption was roundly contradicted by the UK government’s “GM Nation?” public debate on GM crops and foods in 2002-3. Public engagement meetings were arranged at which participants were presented with information from a variety of sources on GM technology, including arguments for and against its application in agriculture.

Dr Michael Antoniou, a London university-based molecular geneticist, was a member of the “GM Nation?” Science Review Panel. He commented, “The outcome was striking: the more knowledge the participants received about the subject, the greater was their concern, as was reported in The Guardian. The lesson learned was that balanced information on a technically and ethically complex subject such as GM must be provided so that people can make an informed decision.”

Dr Antoniou added, “Furthermore, the general public’s lack of a technical background can sometimes lead to their having a broader view on GM than scientists, since they can see things in a wider societal context rather than from a narrow technical perspective.”

There are several indicators of clear – and revealing – bias on the part of the survey report authors.

Let’s look, for instance, at the sources the authors use for their contentious opening statement, “There is widespread agreement among scientists that genetically modified foods are safe to consume[1,2] and have the potential to provide substantial benefits to humankind.[3]”

Reference no. 1 points to a statement against GMO labelling in the US by the board of directors of the American Association for the Advancement of Science (AAAS). The statement argued that labelling of GM foods “can only serve to mislead and falsely alarm consumers”. The AAAS was at the time chaired by Nina Fedoroff, who has close ties to the GMO industry.

A group of scientists and physicians that included many long-standing members of the AAAS published a counter-statement condemning the AAAS board of directors’ statement as “an Orwellian argument that violates the right of consumers to make informed decisions”. They pointed to scientific evidence showing that Roundup, the herbicide used on most GM crops, could pose risks that consumers might reasonably wish to avoid. They added that the FDA’s safety review of GM foods is voluntary, not compulsory, and that history shows that the dangers posed by risky products can take many years to come to light. In fact there are already plenty of animal feeding studies showing that some GMOs, including commercialized ones, are unsafe to eat.

The episode pointed to the fact that there was no consensus about GMO safety, even among AAAS members.

Reference no. 2 quoted by the survey report authors in support of the claimed consensus on GMO safety is a report published by the European Commission Directorate-General for Research and Innovation, called “A decade of EU-funded GMO research (2001–2010)”.

This report is an oddity and GMWatch readers are invited to check it out for themselves. While the report’s editors state that the EU-funded GMO research programme was never intended to investigate the safety of GM crops (presumably because everyone already “knows” they are safe), five short animal feeding studies were performed with a GM Bt rice, with the aim of gathering information that could help develop new safety assessment procedures. Only three of the five studies actually tested the safety of a GM food. These studies are not described in the report, but are published in peer-reviewed journals.

As described in the book I co-authored with two genetic engineers, GMO Myths and Truths, none of the studies tested a commercialized GM food; none tested the food for long-term effects; all found unexpected differences in the GM-fed animals, which in some cases were statistically significant; and none were able to conclude on the safety of the GM food tested, let alone on the safety of GM foods in general. Therefore this EU project provides zero evidence for the safety of any GM food or crop.

Again, it is reasonable to ask why the new survey authors are using the project report as evidence that there is a scientific consensus on GM food safety. While an introduction to the report concludes that GM foods are not more risky than non-GM foods, this is a political statement that is at odds with the findings of the tiny number of actual GMO safety studies performed under the programme. This may be explained by the fact that the introduction’s first author is Ioannis Economidis, an insider of the agbiotech industry-funded lobby group ILSI.

Strangely, while the survey authors choose to support their claim of a GM food safety consensus with two non-peer-reviewed opinion pieces of dubious origin, they ignore two directly relevant peer-reviewed sources that state the opposite:

It is revealing that authors who are so keen to highlight issues of self-deception and lack of scientific knowledge should base their research on a premise that is itself unscientific, in the sense of lacking credible evidence to support it.

The bias of the survey designers is also clear from their categorisation of those most opposed to GM foods as “extreme”. This word is pejorative, having associations in current usage with fanaticism and even terrorism (e.g. “domestic extremist”). Why did the survey designers not use a less emotive term to quantify opposition to GM food, like “strongly opposed”?

The survey, however, still came up with an astonishing and revealing finding and one that the authors chose not to highlight in their reporting. Overall, 91% of respondents reported “some level of opposition” to GM foods and 93% reported “some level of concern”. In other words, even many of the respondents who are “scientifically literate”, by the survey researchers’ own criteria, are at least somewhat concerned about GMOs.

The conclusion of this survey is therefore clear, though most journalists who reported on it have failed to spot it. It is that a large majority of people are concerned about GM food.

This finding surely needs to be constructively engaged with, not hidden away in a flawed study that seems designed to distract from people’s concerns and to enable science, business, and political elites to pursue self-interested policies.