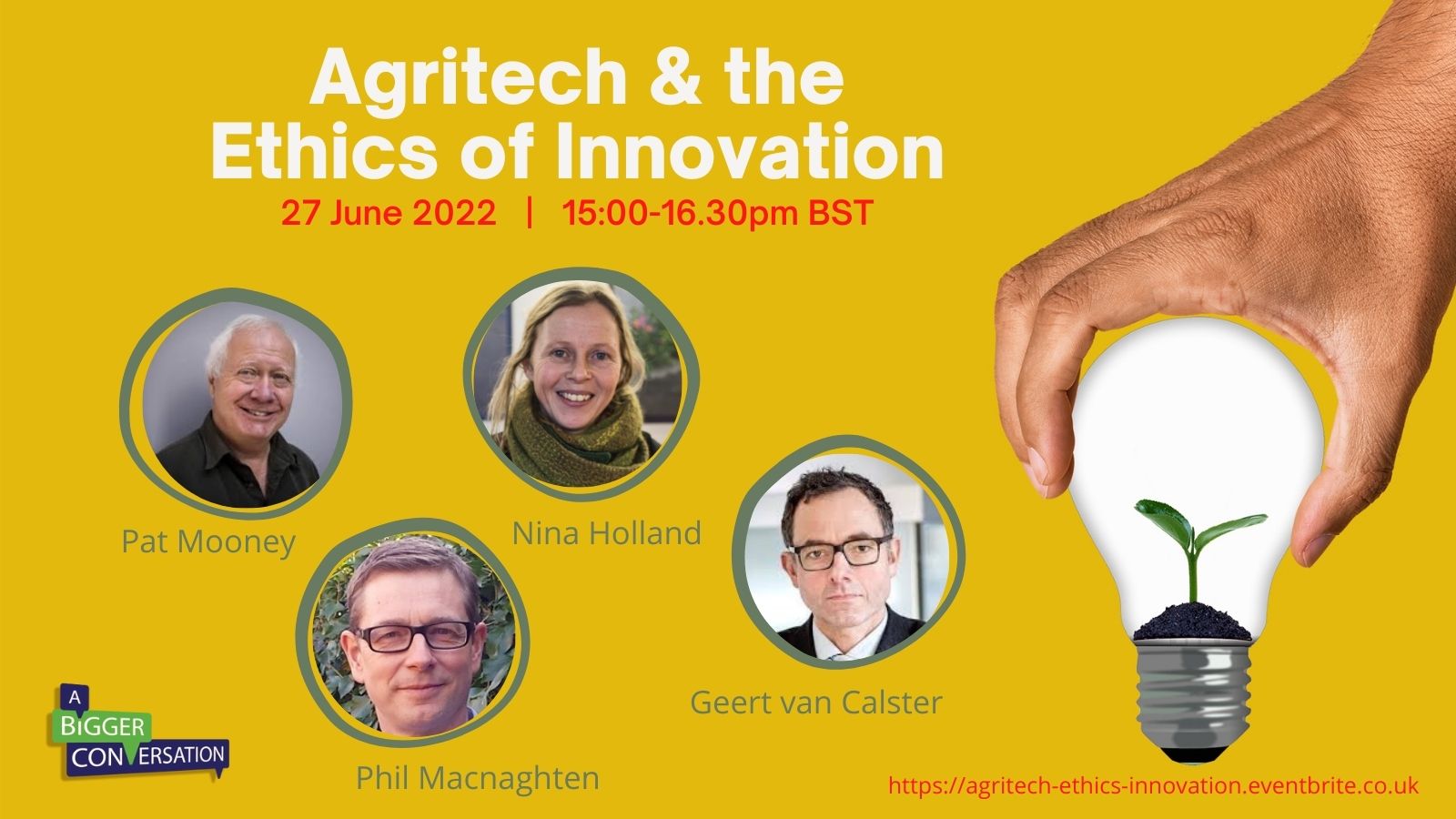 Event Details at a Glance:

Agricultural technologies, including genome editing, are often presented as values-neutral solution to a multitude of problems; not just the ‘on the ground’ challenges encountered by farmers, but larger global problems such as climate change, world hunger and profligate waste.

Proposed regulatory changes around genome editing in many countries are largely grounded in this notion.

This win-win techno-narrative is being repeated – in the press but also increasingly by environmental, food and farming groups – without any deeper exploration of the underlying values and contradictions inherent within it. Similarly, the potential for some innovations to prevent us from moving forward, to lock us into an industrial farming model that is clearly, and on multiple levels, not working, is rarely examined.

Join our expert speakers as they explore the values behind the innovation principle and its progress in the UK and the EU, the potential – and the pitfalls – of the innovation agenda, the legal challenges it raises and a vision of what truly responsible innovation might look like.

As co-founder of ETC Group, Pat has more than four decades experience working in international civil society, first addressing aid and development issues and then focusing on food, agriculture and commodity trade. He is a member of the International Panel of Experts on Sustainable Food Systems (IPES – Food), an international ambassador for IFOAM (International Federation of Organic Agricultural Movements) and on the board of other civil society organizations including the Institute for Agriculture and Trade Policy (IATP) in the USA.

Nina works with Corporate Europe Observatory, a research and campaign group based in Brussels that aims to expose and challenge the privileged access and influence enjoyed by corporations and their lobby groups in EU policy making. She holds a master’s degree in Environmental Sciences from Utrecht University with a final thesis on the EU life patents directive and is currently on the advisory boards of two EU-funded research projects: the Big Picnic (on the role of biodiversity in food) and RECIPES (on the precautionary principle and innovation).

Phil is a professor at Wageningen University and a member of the Research, Knowledge, Technology and Innovation Chair Group. He is an interdisciplinary social scientist working at the interface of science and technology studies, public engagement studies, governance of emerging technology, and responsible innovation. His widely published work has been central to the conception, development, diffusion and institutionalisation of the discourse of responsible innovation, both in the UK and internationally, playing formative roles in the development of the UK research council EPSRC framework, in monitoring and evaluating its diffusion across research projects and programmes, and in its development both in Brazil and mainland Europe.

Geert is an independent legal practitioner at the Belgian Bar. His boutique practice focus is on conflict of laws (private international law), EU and international regulatory law (especially environment), and international and EU economic law. He is full professor (professor ordinarius) in the University of Leuven where for 11 years (2009-2020) he served as Head of Leuven Law’s department of European and international law. Geert is also senior fellow at Leuven’s Centre for Global Governance Studies. He also sits on the indicative list of WTO Panelists and serves, appointed by the EU, on a variety of dispute settlement panels in EU FTAs including CETA.